The development of thought and empirical studies among experts on human development has given birth to a variety of diverse theories in accordance with the perspectives of thoughts and personal experiences of experts who built the theory. Two social views about gender are psychoanalytic theory and social cognitive theory. According to social cognitive theory, gender develops through a mechanism consisting of observation, imitation, appreciation, and punishment. According to the cognitive view, interaction between children and the social environment is the main key to gender development. However, the role of reward and punishment cannot be separated from the child's gender development, so that children can understand and determine which gender behavior is appropriate for their gender. Psychoanalytic theory states that children in preschool age tend to experience attraction to parents of different sexes. But at the age of 5-6 years, the child is no longer interested in the opposite parent, on the contrary he will identify himself with parents of the same sex. So that unconsciously, he will have the same gender behavior as parents of the same sex. 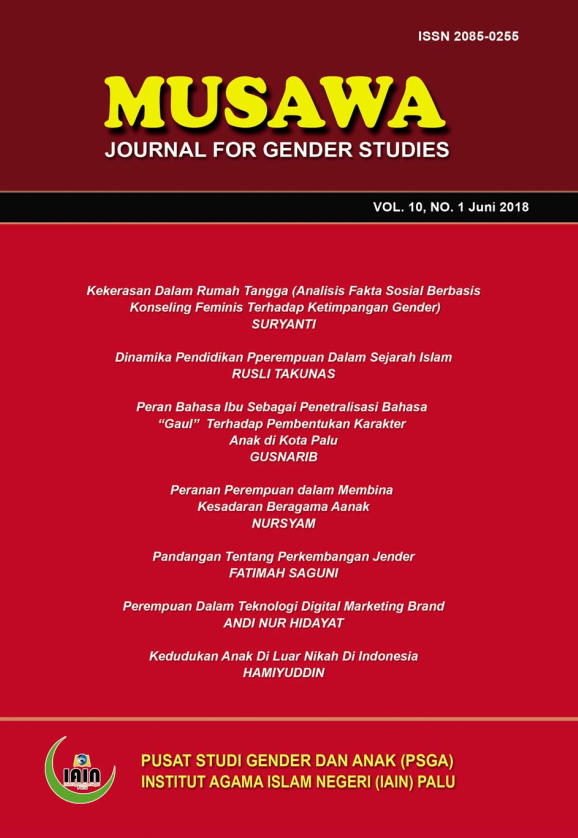