In comparing the masculine concepts of these two figures, the researcher concluded that the concept of maslahat al-Tufi and al- Syatibi only had differences at the epistemological level. If al-Tufi positions maslahat as a supremacy of the law which is higher than the nas, while al-Syatibi is more careful by trying to combine the text massively and not justifying the reason beyond the limit set. In this concept of maslahah, al-Syatibi excels in elaborating his theory in more detail as the goal of the Shari'ah so that it develops into a whole theory sid, while al-Tufi does not formulate maslahat theory in one form of writing as in al-Syatibi with the book al-Muwafaqat essay. 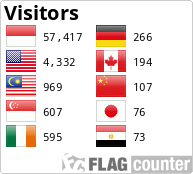